The ultimate race-race on the longest race track in the world, and with one of the biggest and most diverse starting fields of the year.

The 24 Hours Nürburgring is one of the toughest and most tradition-steeped endurance race in the world, held on the legendary Nordschleife. octane126 has taken on the challenge of becoming the first Ferrari team ever to win this race. A potential premiere for the Prancing Horse. 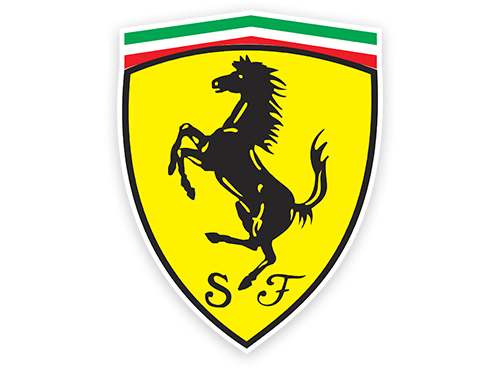 The circuit in the Eifel region hosted Formula 1 for the German Grand Prix until 1976. It was a final race with great drama: Niki Lauda's fire accident in the Bergwerk-section-one of the high-speed passages of the circuit. An uphill and downhill run with a length of 20.832 kilometers, 78 curves according to official counting, almost 300 meters of altitude and gradients of up to 18%. Built in the 1920s, "the Ring" is considered the toughest and also the longest permanent racetrack in the world.

END_OF_DOCUMENT_TOKEN_TO_BE_REPLACED 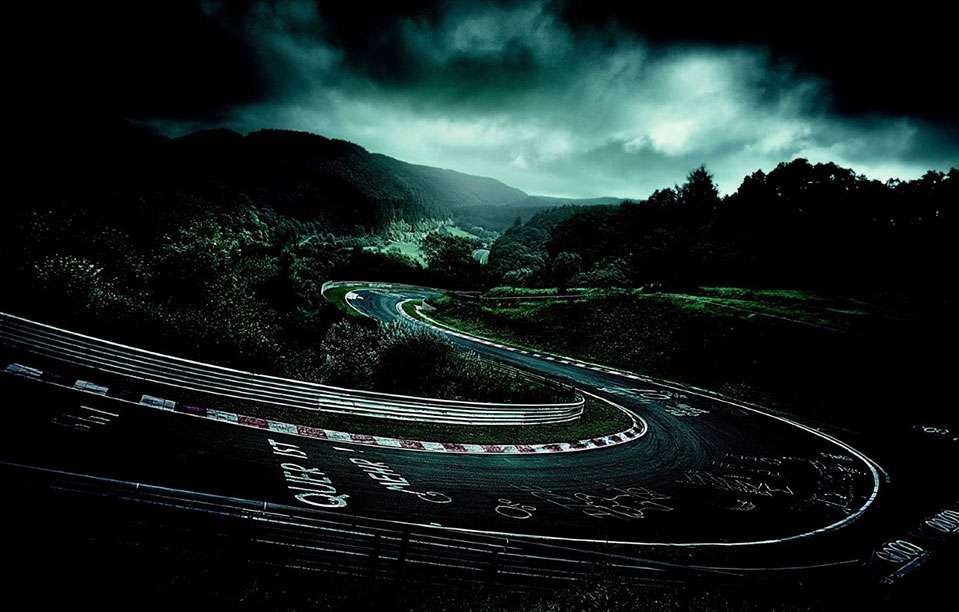 No room for error: The Green Hell remains one of the most dangerous race tracks, much of it being in no better state than the country roads in the surrounding area. In sections such as the legendary Fuchsröhre, there are only a few metres of safety zone between the track and the forest. With an incline of 11%, it enabled speeds of over 250 km/h even back in the 1930s: At the time, Silver Arrow driver Manfred von Brauchitsch said he felt like a “leaf being shaken in the wind’’.

On the famous Karusell section-one of the last steep bends in circuit racing-the cars are jolted as if they were on a dirt track. No wonder car manufacturers send their prototypes to the Nordschleife for testing. More than any other race track in the world, the Nürburgring reflects harsh reality in all its detail and multiple facets. ‘Nordschleife approved’ is regarded worldwide as the seal of quality for sports vehicles. With its bends, ridges and varying surfaces, the circuit is merciless in revealing to precision-obsessed engineers where they can tease out the very last hint of improvement. 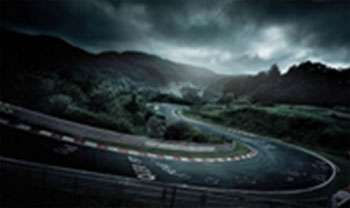 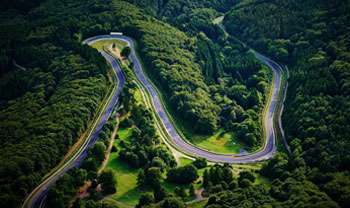 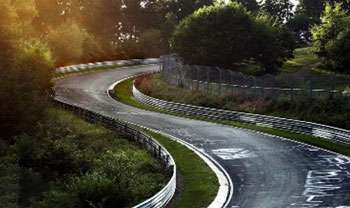 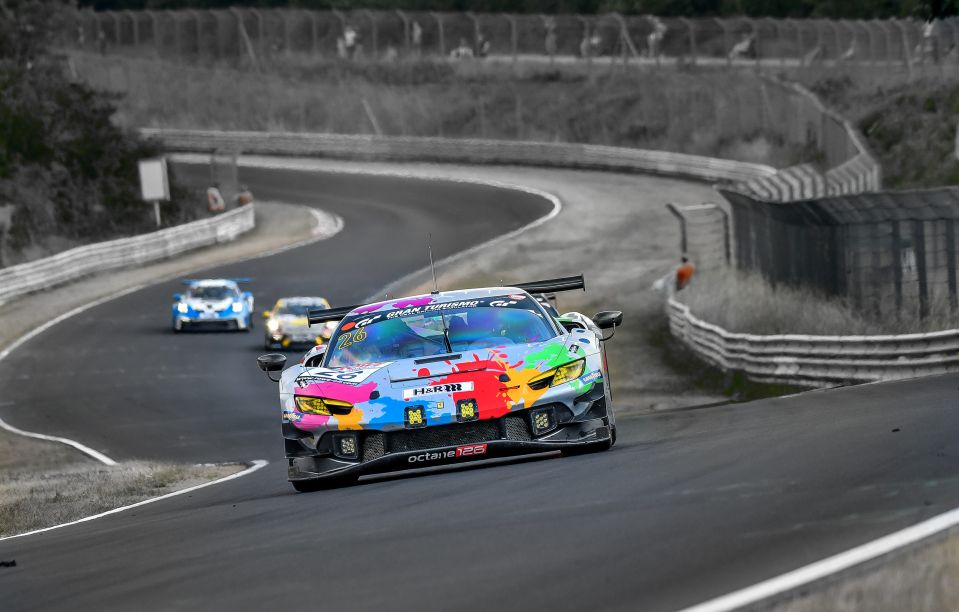 150 starters and no end of erratic weather conditions: Although the race is usually held in late May/early June, the weather in the Eifel is always a crucial factor.

Brilliant sunshine and heat, thick fog, heavy rainfall, hail-racing conditions can often vary by the hour. Interruptions are just as much a part of this 24H race as accidents on a rain-drenched track-potentially snatching away an apparently sure victory on the last lap. The starter field consists of 150 vehicles, with up to four drivers per car alternating in stints of up to three hours at a time. The regulations result in a wide performance spread from touring cars to the GT3 cars competing for overall victory.

END_OF_DOCUMENT_TOKEN_TO_BE_REPLACED

The Nordschleife and the Grand Prix track built in the 1980s are combined for the 24H race to create a total circuit which is 25.378 kilometres long.  The best teams do more than 150 laps in total, covering a total of almost 4'000 kilometres.

The particular flair of the Nürburgring derives from its enormous fan community. As many as 200'000 spectators come to the race, many of them camping for days alongside the track, for example at the Brünnchen section, creating a unique blend of motorsports, festival and funfair. The Nürburgring rocks! 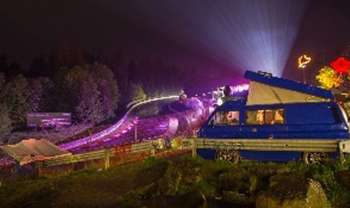 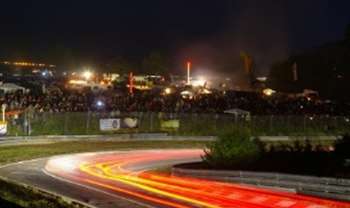 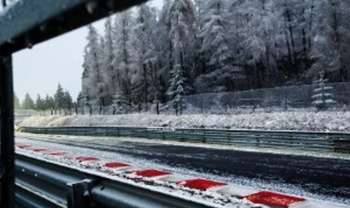 FERRARI IN THE LEAD

One name is missing from the winners' lists of the 24H race: Ferrari.

With the exception of three races, the battle for overall victory has always been a German four-way fight for almost 50 years: Porsche, Audi, Mercedes, and BMW.

It is the only world-class race in which drivers from the Italian sports car manufacturer have never lifted the winner's trophy. That is set to change: After several years of intensive preparation work and vehicle development, octane126 will once again compete in the 24H race at the Nürburgring with the Ferrari 488 GT3 Evo next year.

END_OF_DOCUMENT_TOKEN_TO_BE_REPLACED 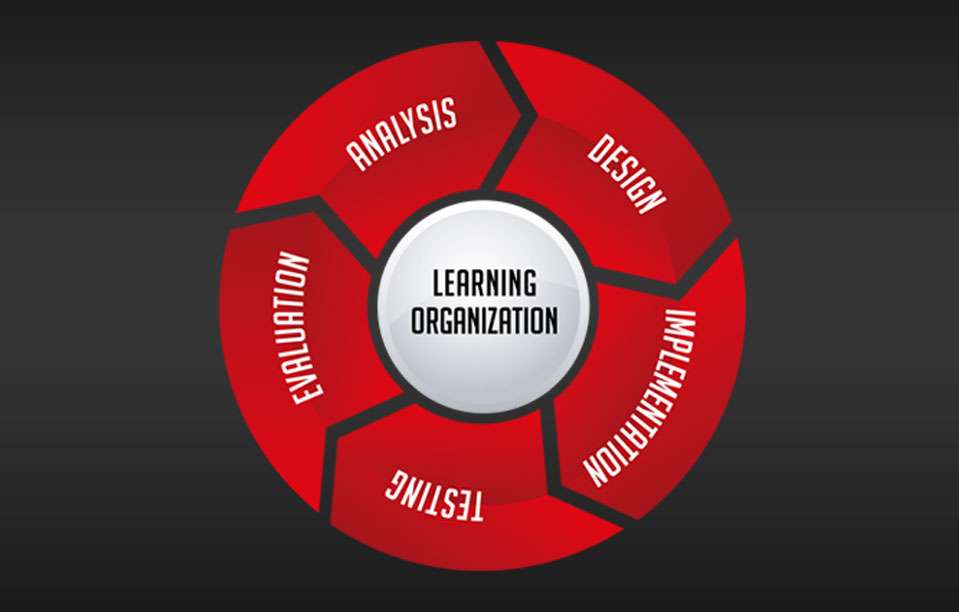 octane126 has the prerequisites to master this challenge: The successful Ferrari Challenge Team has a total of 118 podium finishes, 50 victories and 10 series titles-including four world championships-from 162 races.

Technological competence, implemented with passion: The internationally and interculturally mixed team uses all its strengths to achieve the goals it has set itself. Analytical skills, structured work, engineering qualities, implementation and testing. 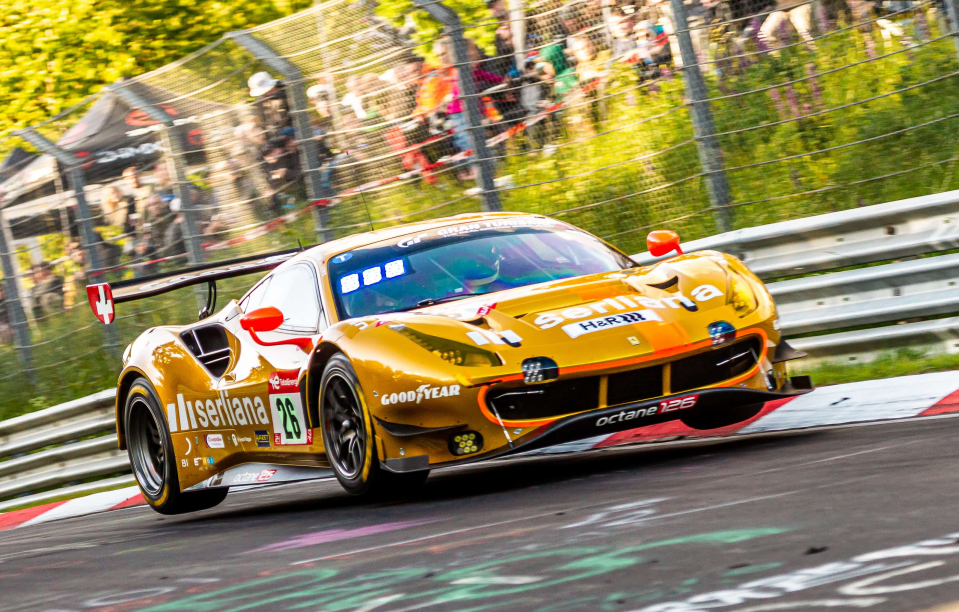 Digital to a competitive race car. 2017 became the year of re-engineering, because the first experiences with the Nürburgring-Nordschleife were sobering for the team.

Due to changes in the regulations concerning ground clearance and rear wing, the Ferrari 488 GT3 still proved to be a car with a lot of optimization potential under racing conditions during its first appearance in the Eifel. The aerodynamics were out of balance due to the changes. In many sections of the track, the car lifted off the road, over a length of up to 70 meters. Quick improvements through aerodynamic parts? No success.

END_OF_DOCUMENT_TOKEN_TO_BE_REPLACED

The octane126 way remains: analysis, design adaptation, implementation of changes, testing, evaluation. Or, to put it briefly: a complete re-engineering of the car. With 250 sensors on the body and chassis, data is collected in several races. These flow into a 3D scan of the vehicle, in which more than 100 million points are virtually generated and converted into a 3D model. In flow simulations (CFD, Computational Fluid Dynamics), series and a modified model are analyzed in detail. 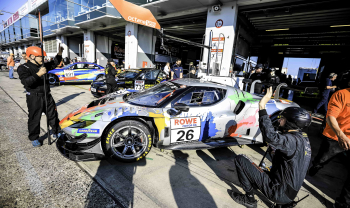 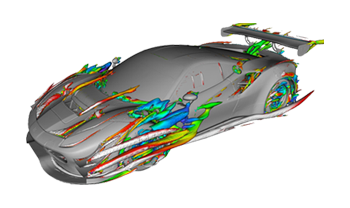 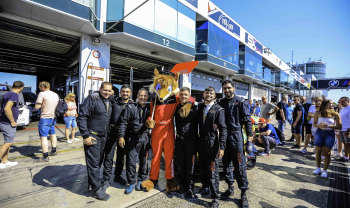 AThe plans convince the manufacturer: Ferrari and octane126 reach an agreement in 2018 for the implementation of the 488 GT3 Evo. The models from octane126 serve as a template for a modified body: Changes in the air ducting in the wheel arch area, plus adapted diffusers in the rear, bring significantly higher downforce at the front axle. Initial wind tunnel tests with a 60% model are underway.

END_OF_DOCUMENT_TOKEN_TO_BE_REPLACED 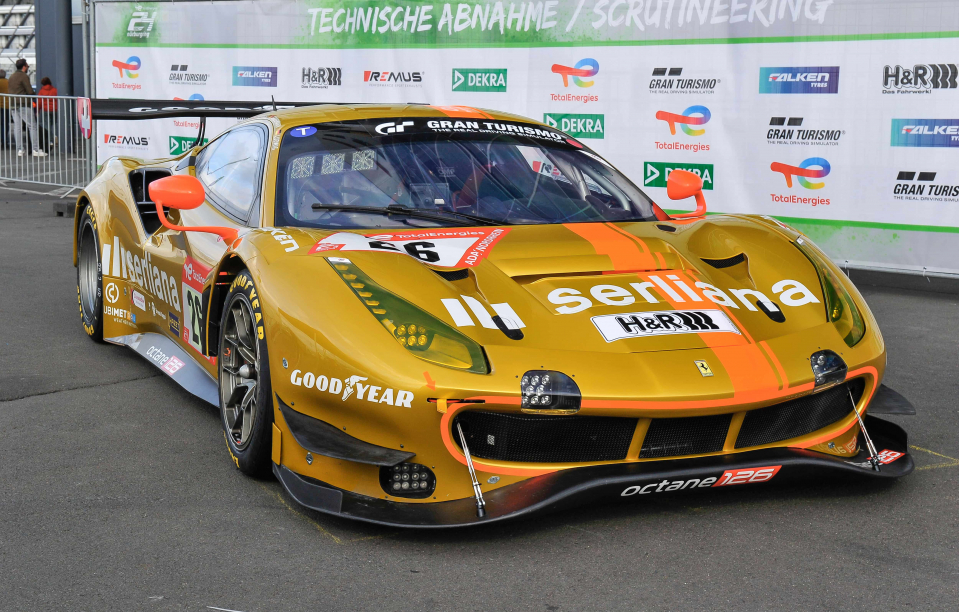 Revised chassis reduces lap time by five seconds: New mounting points on the front axle improve handling; among other things, they again reduce body pitching when changing load or on poor road surfaces. According to computer simulations, the modifications add five seconds per lap on the Nordschleife.

The further development of the 3.9-liter V8 biturbo with 670 hp and 760 Newton meters of maximum torque in series production brings significant fuel savings, which among other things give greater leeway in the racing strategy.

Testing under racing conditions: 2019 tests with the new Ferrari 488 GT3 Evo were underway. In Vallelunga and Mugello, the cars did their laps and octane126 competed on the Nordschleife in the prototype class out of competition. In June the design freeze took place, so that in October 2020 the FIA homologation was obtained.

The year 2021 was all about attack. With the goal of occupying one of the podium places, the team took part in all NLS races up to the 24H race in June and, in addition to the technical settings, continuously optimized the perfect interaction between driver, car and team. 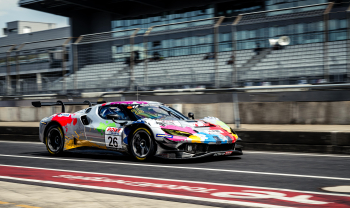 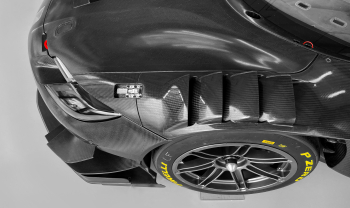 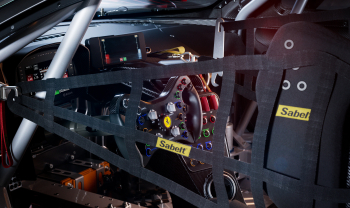 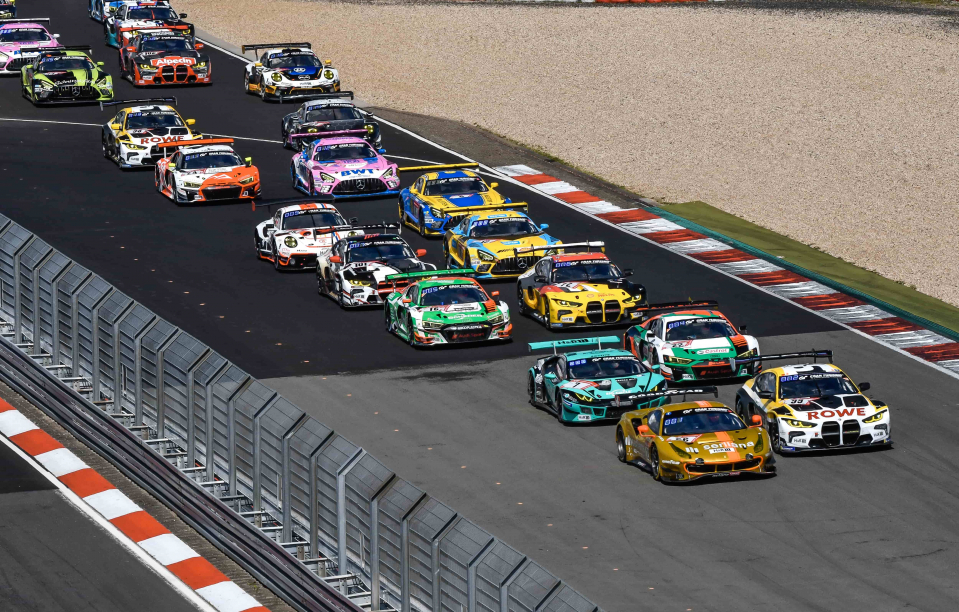 2022: Another departure for the Nordschleife! Between March and October spread 9 exciting races in the "Green Hell", including 1 NLS double header, which will be combined into a 12-hour race.

The season starts on the last weekend of March 2022, with 3 NLS races taking place before the big 24H race in June. This will be followed by NLS4 and NLS5 before the big summer break. In September the double header will take place and in October the two final races will follow.

END_OF_DOCUMENT_TOKEN_TO_BE_REPLACED

2022: Another departure for the Nordschleife! Between March and October spread 9 exciting races in the "Green Hell", including 1 NLS double header, which will be combined into a 12-hour race.

The season starts on the last weekend of March 2022, with 3 NLS races taking place before the big 24H race in June. This will be followed by NLS4 and NLS5 before the big summer break. In September the double header will take place and in October the two final races will follow. 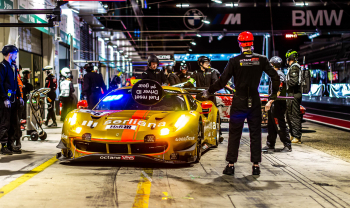 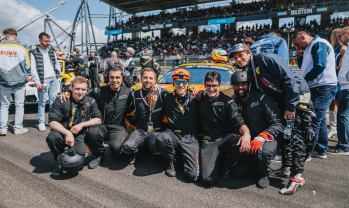 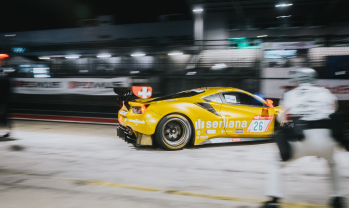