During this year's 24h race in Spa, Ferrari unveiled its new GT3 racing car: The Ferrari 296 GT3. It will make its debut at the end of January 2023 at the Daytona 24h race, the inaugural race of the American IMSA series. As the successor to the 488 GT3, the 296 GT3 follows in big footsteps, as its predecessor is considered the most successful car in the company's history, having won over 100 titles and almost 500 overall victories. But even the best can always be raised a bar. The new 296 GT3 represents a completely new approach in terms of design, handling, electronics and, with a V6 - 120° biturbo, also in terms of engine design. The new and unique concept covers not only the needs of pro drivers, who are solely concerned with winning, but also those of gentlemen drivers, who focus on pure driving fun on the track.

END_OF_DOCUMENT_TOKEN_TO_BE_REPLACED 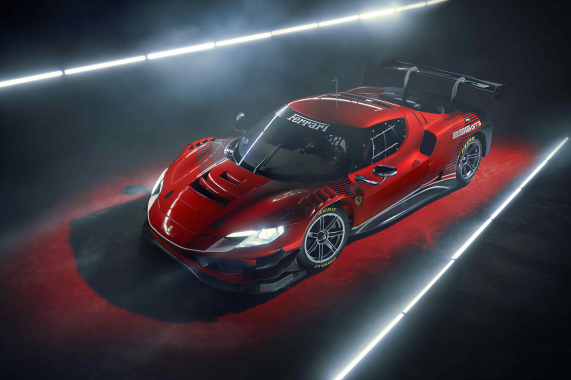 In addition to its remarkable design, the thoroughbred horse from Maranello has a lot of inner values to offer. Contrary to initial assumptions, Ferrari went all out here. Instead of using a smaller six- or eight-cylinder engine, spurred on by hybrid and/or turbo technology, the Purosangue is equipped with the brand's king engine, the 6.5-liter naturally aspirated V12. The V12 in the Ferrari Purosangue is designed as a front-mid engine behind the front axle and uses a transaxle design with all-wheel drive. The Power Transfer Unit (PTU) for front-wheel drive is flange-mounted in front of the twelve-cylinder engine, and a separate crankshaft output drives a separate two-speed dual-clutch transmission which, with an integrated torque vectoring system, supplies the two front wheels with power when required. In everyday use, the Purosangue is a rear-wheel drive vehicle, with the dual-clutch transmission integrated in the rear-axle drive featuring eight gears. The eighth gear fulfills an overdrive function as a speed-reducing long-distance stage. 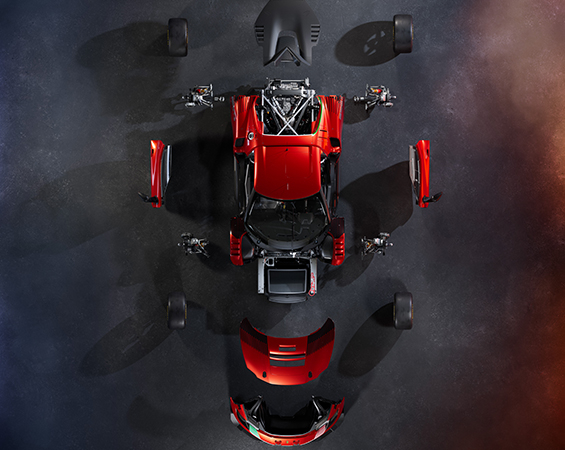 Development of the 296 GT3 focused on the weak points of its predecessor and on optimizing them. One goal was to lower the center of gravity in order to gain more leeway for weight distribution and setup. Another aspect was simplified access to all technical assemblies. This not only saves time when modifying various setups, but also increases the possible track time. For example, the components are now arranged in groups to ensure rapid installation and removal, thus reducing repair times.

Ferrari has not missed the leap to promoting a sustainable future in racing as well. With this in mind, the 296 GT3 has been further developed in such a way that it has lower fuel consumption than its predecessor and is also compatible with the new biofuels of the world's leading GT3 series.

The new Ferrari Purosangue presents itself as a petite diva. At 4.97 m, it remains under the five-meter limit, and the promised 2,033 kg curb weight is downright slender for today's superluxury SUV. This renunciation of brutal presence in favor of a filigree, sporty silhouette can be seen in the new Ferrari Purosangue, especially from the side. The arrangement of the front lights is reminiscent of the Roma, while the mighty radiator grille below quotes the 812. With the powerful shoulders around the rear wheels, it flexes its muscles. At the rear, the narrow taillights and the large diffuser stand out. And because a Ferrari crossover alone is not special enough, there are so-called "suicide doors". For the first four-door model in the brand's 75-year history, Ferrari has opted for doors that open in opposite directions. The rear doors are hinged at the back and open electrically at an angle of 79 degrees at the touch of a button.